FTX announced that the crypto trading platform will halt ETH transactions on secondary blockchains until the September upgrade concludes.

Disclaimer: FTX has deleted the source tweet and updated the blog post that was the basis of the initial story. This article has been updated based on new official information to confirm that FTX will suspend ETH deposits and withdrawals, and not halt the trades on the crypto exchange.

While Ethereum devs promised no downtime during The Merge, one of the most anticipated Ethereum upgrades, members of the crypto community decided to take proactive measures to ensure the safety of investor funds. In this effort, crypto exchange FTX announced to halt Ether (ETH) transactions on secondary blockchains until the September upgrade concludes.

Soon after the announcement, FTX deleted the tweet while CEO Sam Bankman-Fried clarified that “ETH trading will stay on through Merge.” 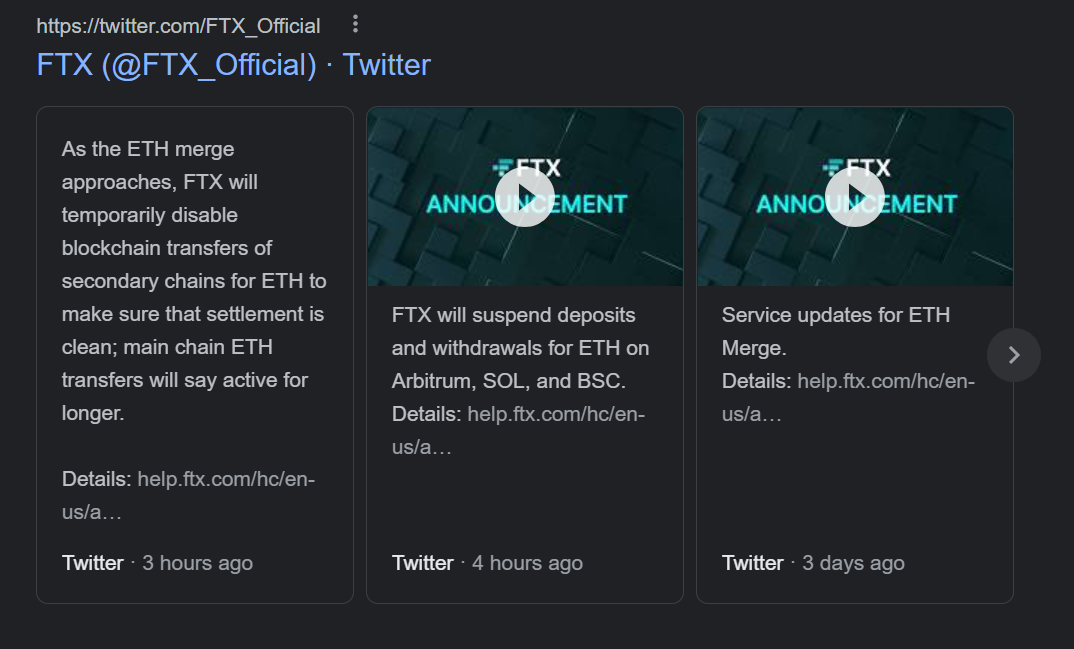 According to Ethereum developers, the Merge is designed to transition to PoS with zero downtime owing to the terminal total difficulty (TTD), which will ensure the transition based on the total mining power that goes into building a chain. Despite the explanation, FTX chose to suspend “deposits and withdrawals until the Merge is finished and networks are stable.”

The deposits and withdrawals suspension for Ethereum on various blockchains has been assigned to commence at different times but remains subject to change based on anticipated complications. 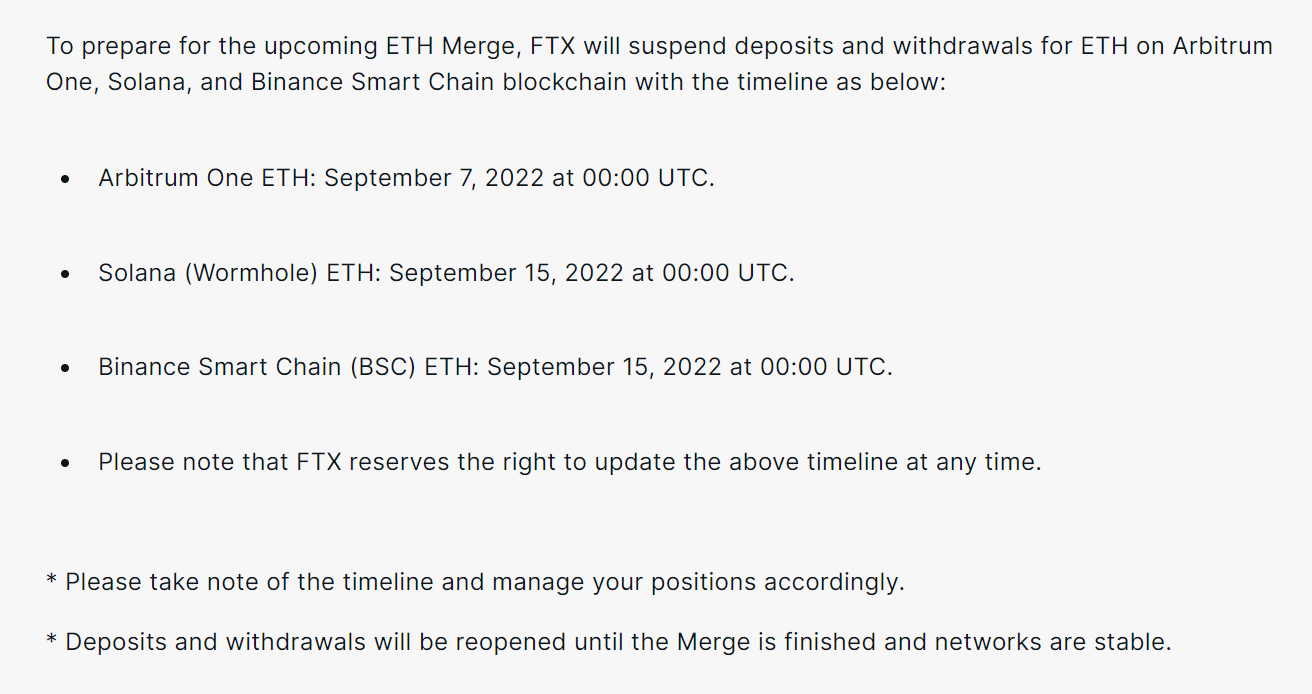 FTX also pointed out that the crypto exchange is not liable for any losses in case of large price fluctuations, adding that “It is your responsibility to understand the implications of this announcement.”

Related: The Merge: Top 5 misconceptions about the anticipated Ethereum upgrade

Clarifying one of the biggest misconceptions tied to The Merge, Ethereum Foundation clarified that the upcoming upgrade will not reduce gas fees. The official statement reads:

“Gas fees are a product of network demand relative to the network’s capacity. The Merge deprecates the use of proof-of-work, transitioning to proof-of-stake for consensus, but does not significantly change any parameters that directly influence network capacity or throughput.”

Instead, the upgrade aims to purely eliminate the need for energy-intensive mining.

How NFTs and the Metaverse can keep fashion luxurious

Exercise is good for the body, but how much we exercise at any given time depends on a number of factors, including our level of...

The sports field has been one of the most accepting of cryptocurrencies in recent years. Teams are launching fan tokens and other assets to engage...

Volatility is a major issue in the cryptocurrency space. The price of Bitcoin, the most important crypto asset, frequently rises and falls. The Terra blockchain...

Proton allows users to move funds and crypto between blockchain networks and conventional banks with a verified username. This allows them to withhold sensitive information...